When Do I Get An Oil Change 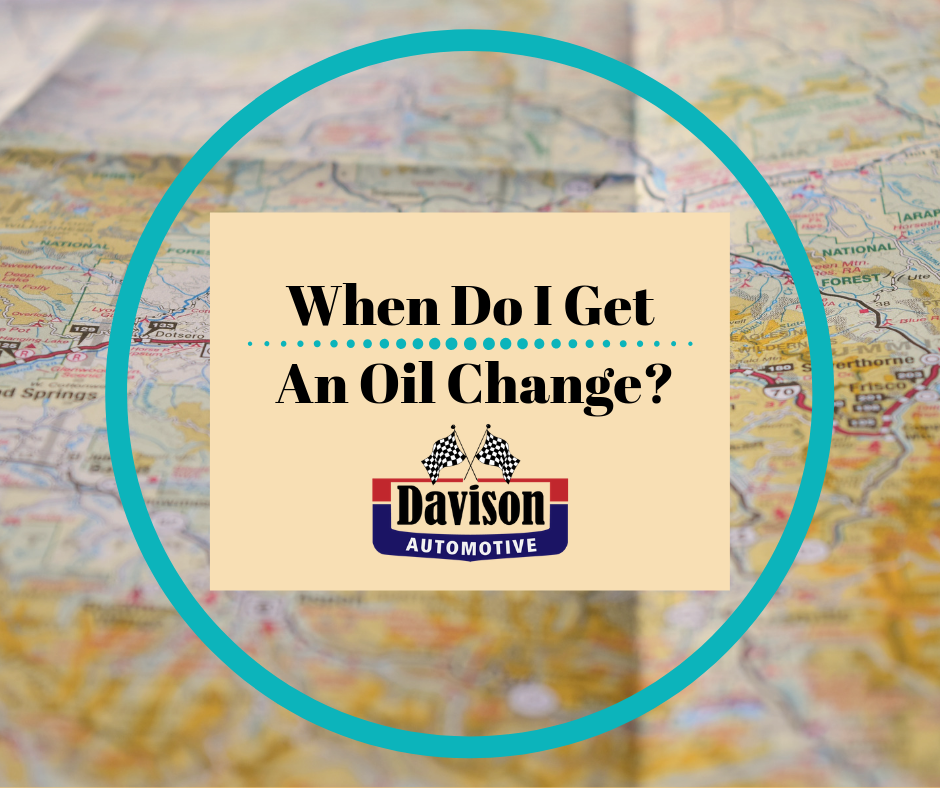 When Do I Get An Oil Change?

A while ago, it was recommended to get an oil change done every three months, or every three thousand miles, whichever came first. Now, this advice is outdated enough that the only cars that need it have cassette tape players in them. Although frequent oil changes can result in you getting nearly twice the mileage out of an otherwise okay car, you don’t need to get them that often. Typically, what’s recommended is getting an oil change every five to six thousand miles, or every six months. So when should you get an oil change? The answer lies in how you drive.

I was working at the GM dealerships when the oil life monitors first started doing their calculations. Suddenly, engines that were the same as previous years could magically go three times as long between oil changes on oil that was also unimproved. While that is good for the both of us, (ask any mechanic, oil changes are a drag, and shop owners are very familiar with narrow profits, or losses on oil changes), I find these changes hard to believe. Curiously, GM started this process shortly after the other US manufacturers started boasting of their long life oil changes. A decade and a half later, it is plain to see that the engines have become more complicated (thanks to mpg guidelines that save us pennies at the expense of hundreds), the oil has less lubrication value because of the emission guidelines, and the cost for a new engine has doubled - no joke - easily doubled. Supposedly there is math behind the oil life monitor, plenty of it. Computers count actual number of rotations an engine makes in the millions, warm up cycles, average loads, etc. Translating those calculations into oil life seems to be a judgment call. After all, if you engine makes it past 100,000 miles, the author of the oil life translation is no longer liable for damages, and might just get a new car sale more often! In all seriousness, your newer car likely has variable valve timing, cylinder deactivation, and is making the same horsepower out of a smaller engine (possibly with a turbo!), it needs much better care than the old cars from the nineties or early 2000's!

You might be surprised to learn just what ‘extreme operating conditions' actually means. If you consistently drive in stop-and-go traffic, like going through rush hour or construction work zones, you might be wearing out your oil more quickly. Taking many short trips throughout the day can count as well. This lets the engine cool down and warm up repeatedly, which adds unneeded stress. Driving in hot and dusty weather often can be just as bad; even driving too slowly on the highway can cause your oil to need to be changed more often. Towing heavy loads on a regular basis can be counted as an extreme operating condition, as well.So what do you do if you find yourself committing these heinous crimes? Try to stop in and get your oil changed every one to three thousand miles, just to be on the safe side.

If you drive up to speed on the highways, don’t find yourself in constant traffic, or rarely carry and heavy loads, then your engine is much more likely to be okay without an oil change every five miles. In fact, lucky you, depending on how new your car is, you should be able to go without an oil change until you reach five or six thousand miles since your last one. The newer your car is, the less likely you will be to need an oil change as often as an older car, but you will still need them. Even if your car is older but treated well and handled smoothly, under optimal operating conditions, you might be able to stretch the time between oil changes. One large advisement, however, is that you consult the manufacturer. This will give you a more precise range, and it will be healthier for your car. Do not, however, go over the recommended times for getting an oil change. Getting them done more frequently without needing them is far better than having a failing engine because of not going in often enough. The more frequently your mechanic does an oil change for you, the more often he’ll be able to notice any other ailments that your car might sporting.
So, does your car need an oil change? When in doubt, go get it checked out!

How To Avoid The Unexpected

​ Your Car And The Critters Around You:

Good Tires For A Good Time